Yuvraj Singh's victory over cancer to be featured in TV series 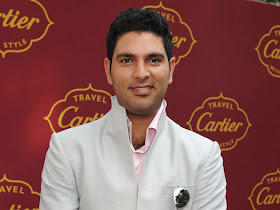 His highs, his lows, his struggles and his successful battle against cancer - cricketer Yuvraj Singh's journey has been captured in a three-part series "Zindagi Abhi Baaki Hai" to be aired on national television. He says when he grows old, he will be able to recall what happened to his life

In "Zindagi Abhi Baaki Hai", which will be aired on Colors, Yuvraj will narrate his experience with cancer.

"Each part of the (three-part) series has its own meaning. I have shot whatever I could. In that stage whatever I have gone through in the past six to seven months, it's going to show the highs and lows," Yuvraj told